Spoof movies have been made for years, and likely will be made in some form or fashion for years to come. Like any genre, some spoof movies are greater than others. But as far as I’m concerned, only one spoof movie can be called the best, and that honor belongs to Airplane!

Seriously, where do you begin with a film that’s so insanely funny? Well, let’s start with the basics. At it’s core, Airplane! is a spoof of airline disaster films that were fashionable around this time. Former fighter pilot Ted Striker (Robert Hays) follows his on-again off-again girlfriend Elaine (Julie Hagerty) onto a flight to Chicago, but ends up having to fly and land the plane after the entire flight crew is put out of commission due to severe food poisoning. It sounds like a straightforward plot, but believe me, this film takes a detour through every gag imaginable to get to the ending.

And when I say gags, I mean there are gags everywhere in this film. The team in charge of this film tossed in so many gags, instances of background comedy, etc., that to this day I’m still finding a new funny detail to laugh over. 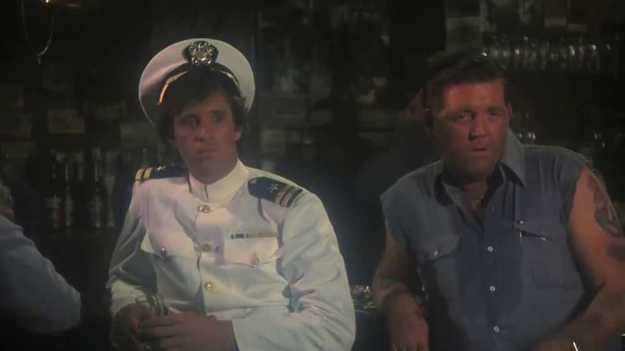 This film is also notable for launching the comedy career of Leslie Nielsen. I knew he hadn’t always been a comedic actor, but I hadn’t realized that it all started with Airplane! In fact, part of what makes Airplane! so funny is that the directors cast actors known for their dramatic acting skills and placed them in the funniest parts, instructing them all to “play it straight.” Thus, Leslie Nielsen (the doctor), Peter Graves (the pilot), and Robert Stack (Captain Kramer), all previously known for their dramatic acting, all end up with some of the funniest lines in the film because they all say them like they’re completely normal things to say and that’s a big part of what makes this film so funny!

That’s not to say that the film has entirely aged well. There are a few jokes that do make me cringe when I hear them now (in particular, there’s a line about abortion early in the film that no one would even try if this film were made today). But for the most part, Airplane! remains an exemplar of spoof comedy that, really, hasn’t been matched since it came out.

Let me know what you think about Airplane! in the comments below and have a great day!