Hildur Gudnadóttir is an Academy Award-, Golden Globe-, Emmy-, two-time Grammy-, and BAFTA-winning Icelandic artist, who has been manifesting herself at the forefront of experimental pop and contemporary music. In her solo works, she draws out a broad spectrum of sounds from her instrumentation, ranging from intimate simplicity to huge soundscapes.

Two-time Grammy Award-winning composer, sound designer and music producer Sam Slater is known for his roles as both score producer and musical sound designer for Joker and Chernobyl. In addition to his two Grammy Award wins for Joker and Chernobyl, he has also won an Icelandic Music Award as “Producer of the Year” and a MASA Award for “Best Sound Design in Television Program”.

“From the very beginning, Hildur and Sam set out to craft a score like no other, in which music and sound design meld to create an extraordinary soundscape experience,” says Schnur. “I can say unequivocally that the original score for Battlefield 2042 is the most significant cinematic achievement in the franchise and an absolute game changer for the medium.”

Battlefield 2042 is a groundbreaking first-person shooter set to revolutionize the modern multiplayer sandbox. Powered by cutting-edge technology that pushes the capabilities of next generation hardware, the game drops players into a near-future, all-out-war experience. Featuring matches filled with up to 128 players on the latest consoles* and PCs, this unprecedented scale adds a new dimension to multiplayer battles. Battlefield 2042 also ups the action with the inclusion of real-time events that reshape the battlefield and tactical combat. All-new weapons, vehicles, and gadgets give players the freedom to be strategic and create jaw-dropping, only-in-Battlefield moments.

The biggest, most ambitious title in the franchise, Battlefield 2042 offers a depth of multiplayer across three distinct experiences:

The soundtrack for the recently released film Joker (starring Joaquin Phoenix) is now available via WaterTower Music. The Joker soundtrack album features an original score by Emmy Award-winning composer Hildur Guðnadóttir (Chernobyl, Sicario: Day of the Soldado), whose composition features the cello as the centerpiece of the score, leading string-based melodies played by a symphony orchestra of 90 musicians.

To interpret the many themes explored throughout the film, director Todd Phillips very early on turned to the composer. “Hildur was writing music as far back as pre-production. I was sending her script pages and she was writing music before we even shot, and what she did for the film is so unique,” says Phillips.

Regarding the soundtrack, composer Hildur Guðnadóttir had this to say:

Todd asked me to write some music based on my feelings from reading the script, which I was inspired to do because it truly resonated with me.” She sent him a sample and recalls, “The film is a gritty character study, which to me translated to melodies that are very simple and monotonic, because that’s kind of the way Joaquin’s character Arthur is seeing things.  Then I tried to expand within that simplicity the orchestration around Joker’s evolution not with chords or any complicated music, but with texture that I felt resonated with the melancholia of this character. 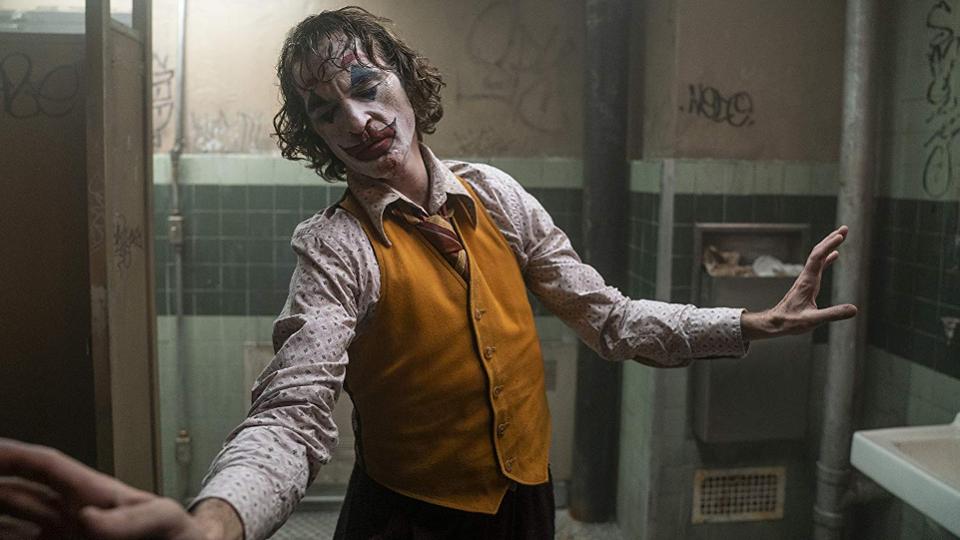 Having listened to the soundtrack, I found myself slowly but surely drawn in by those monotonic melodies. The music feels so simple at first, but the more you listen, like in “Defeated Clown” the more you begin to get a sense of nuance. The cello really was a great choice, it’s an instrument with an incredibly wide range, and when it’s paired with the pounding drums, you can just feel the tension pouring out of the music. In one blow the music can leap from melancholy to a burning rage (“Following Sophie” contains a great example of rage in music). In fact, the music intrigues me so much, I’m nearly tempted to see the film to hear this music in context (though I think I’ll wait for the DVD release, I don’t think I can handle this film in theaters).

The point I’m trying to make is, I think Hildur Guðnadóttir has done something brilliant with the soundtrack for Joker. She’s taken very simple melodies and used them to slowly build up a musical impression of how Arthur, the man who becomes the Joker, views the world, and how he feels deep inside. And that’s the key here, you need to remember that the music, in many ways, IS Arthur. It’s mood matches Arthur’s moods (that’s my impression). And it’s so brilliant because, given that this is the Joker, you would think the character would have bombastic and swirling melodies to match. But no, that’s not it at all. Hildur hit on the reality that the Joker’s frame of mind is actually very simple (to him), and the music reflects that. This is definitely one of my favorite soundtracks of the year, and a must-listen for anyone who enjoys movie soundtracks.

Let me know what you think of the soundtrack for Joker, and the film itself, in the comments below and have a great day!