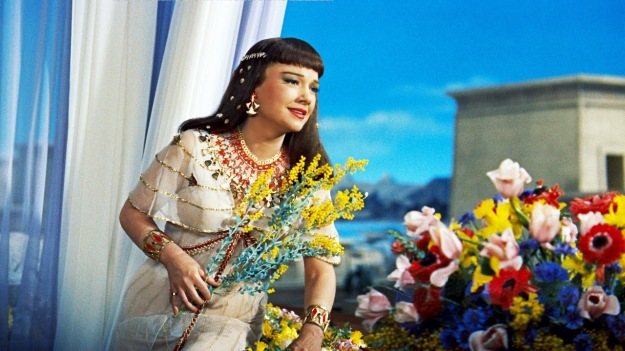 Nefretiri when we first meet her

Anne Baxter starred in many films, but the role I will always know her for is her portrayal of Nefretiri in The Ten Commandments (1956). She actually auditioned for the role of Sephora, Moses’ wife, but it was felt she was more suited to the role of the Egyptian throne princess.

Nefretiri is already head over heels in love with Prince Moses when we first meet her. As Moses is returning in triumph from yet another military victory (this time over the Ethiopians), Nefretiri feels that nothing will stop Seti, the Pharoah, from naming Moses his heir (and thus allowing the two to marry, because Nefretiri can only marry a future Pharaoh). She believes this in spite of the fact that Seti HAS a son, Rameses, and he would definitely prefer to be Pharaoh over Moses. But Nefretiri makes it clear from the start that she loves Moses, and could never love Rameses. 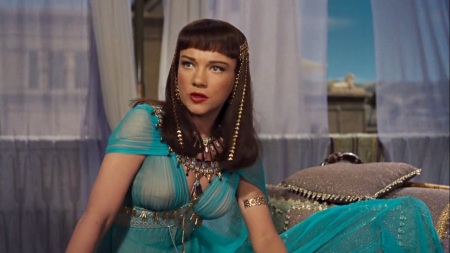 Nefretiri is so beautiful and so determined to have what she wants, that she doesn’t really know when to let go. In fact, a large part of her role (especially in part 2 of the film) centers around the fact that she cannot let go of her love for Moses, not when he was outed as being a Hebrew and condemned to exile, not even after he returns to Egypt as a prophet for the Hebrew God of Israel. Even the revelation that Moses is married and a father himself doesn’t stop her. Either Moses comes to her whenever she wants, or she will make sure the Hebrews never leave Egypt. 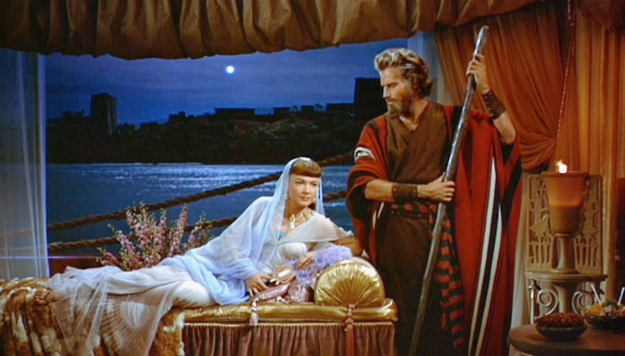 All those years later, though Moses has changed, Nefretiri has not

Nefretiri’s selfish desires prove to be her undoing, as it is her final plot to harden Rameses’s heart against letting the Hebrews go that leads to the final plague on Egypt: the death of every firstborn. Despite her pleas to Moses to stop it from happening, her son dies in her arms.

I loved watching Nefretiri growing up because of the beautiful gowns she wore. As I got older, and learned how to appreciate performances in film, I grew to love Baxter’s portrayal of Nefretiri even more, because she is something of a tragic figure, in a way. All those years living in the palace, Nefretiri is used to getting whatever she wants, whenever she wants. And if someone says no, all she has to do is smile and use her beauty, and all opposition melts away. 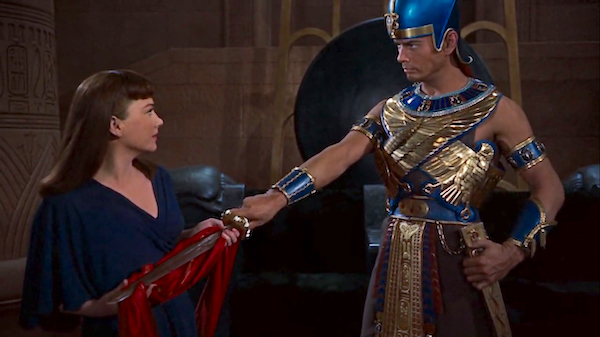 She can never get over the fact that she had to marry Rameses instead of Moses. She wasn’t content to be Queen of Egypt either. When the opportunity presented itself, she HAD to be Moses’ again, one way or the other, even though this had now become impossible. And because of her narrow minded desire, she lost her son (who she clearly loved), her husband really hates her (he nearly killed her except he had to admit he was unable to kill Moses) and all she has left are bitter memories.

Anne Baxter used all of her skills to bring Nefretiri to life on the silver screen and it is a performance I continue to enjoy to this day. I hope you enjoyed reading about her role in The Ten Commandments. Have a good day!

*all images are the property of Paramount Pictures

8 thoughts on “TCM Summer Under the Stars 2016: Anne Baxter as Nefretiri in The Ten Commandments (1956)”