While I’ve been a fan of Pokémon in general since they arrived in the United States, I actually haven’t seen that many of the cartoon series or movies (with the first movie being a notable exception). So that’s how it came about that today was the first time I ever saw Pokémon: The Movie 2000, the second Pokémon movie.

In brief, Pokémon: The Movie 2000 follows Ash Ketchum as he attempts to save the world from a mysterious collector who is attempting to collect the three legendary Pokémon Moltres, Zapdos, and Articuno to his collection in an attempt to lure out Lugia, an equally legendary creature, despite the catastrophic effect his attempts are having on the planet. 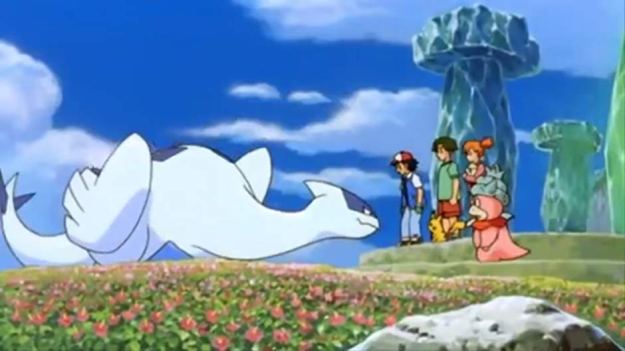 Considering I’ve been watching the Pokémon movies in relative isolation, I’m not sure how many details I’m missing out on by skipping over the various series. However, I can say that even without knowing anything else, I really did enjoy this movie. I like the idea of several legendary Pokémon living in close proximity to each other, in fact it reminded me a bit of Godzilla and Monster Island, with the similar concept of various kaiju living so close together.

Moltres, Zapdos, and especially Articuno (my favorite) are amazing to look at. Each legendary creature gets the chance to show off what they can do, and I really liked watching them fight each other. Another awesome thing? Team Rocket. They were in prime form in this feature, and their little plot twist at the end had me giggling. 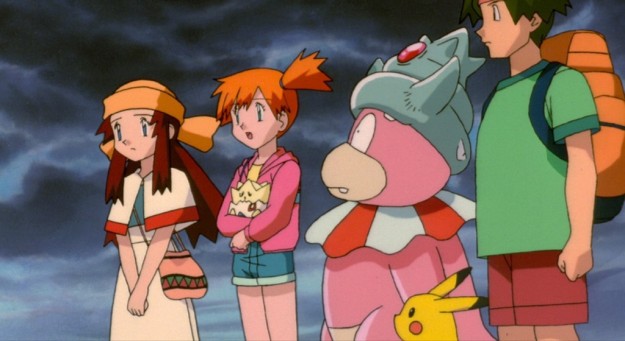 The collector makes for an interesting villain, as he is so obsessed with collecting the legendary creatures that he pays no mind to the fact that doing so will result in the destruction of the Earth. There’s something horrifying about people like that, and I couldn’t help but notice that the last we see of him, he’s plotting to start his collection all over again (implying to me that this could all happen again).

I also can’t get enough of the music in this movie. “Lugia’s Song” (I presume it to be called) is beautiful, with a simple but compelling melody. I really love that the sounds Lugia makes form the basis of the song.

If you haven’t seen Pokémon: The Movie 2000 before, I highly recommend it. It’s a cute, fun little movie that all Pokémon fans should see at least once.

Let me know what you think about Pokémon: The Movie 2000 in the comments below and have a great day!

My Thoughts on: Pokemon-The First Movie: Mewtwo Strikes Back (1998)

My Thoughts on: Pokémon Heroes: Latios and Latias (2002)

My Thoughts on: Pokémon: Jirachi—Wish Maker (2003)

My Thoughts on: Pokémon: Lucario and the Mystery of Mew (2005)

My Thoughts on: Pokémon Ranger and the Temple of the Sea (2006)

My Thoughts on: Pokémon: Arceus and the Jewel of Life (2009)

My Thoughts on: Pokémon: Detective Pikachu (2019)