Literally translating to “god from the machine,” deus ex machina refers to a plot device in which a seemingly unsolvable problem is suddenly and abruptly resolved by the inspired and unexpected intervention of some new event, character, ability, or object. The phrase originates in ancient Greek drama, where the mortal heroes would be rescued from their dilemma by the direct intervention of the gods (usually wheeled onto stage with some kind of machine, hence “god from the machine”).

With the invention of film, naturally examples of deus ex machina abound, though usually they’re the source of great scorn from the audience, as resorting to deus ex machina is usually perceived as “taking the easy way out” when it comes to telling a story.

Some notable examples include (but are by no means limited to): 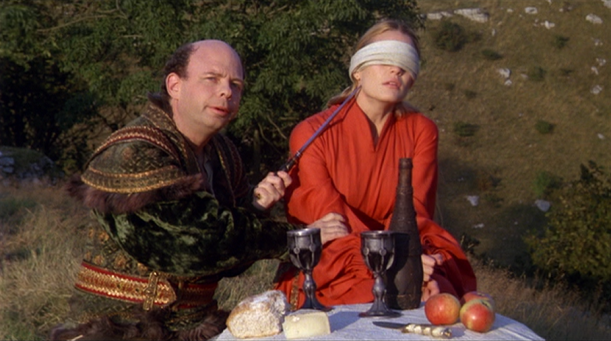 I would also like to point out that The Matrix Revolutions somewhat parodies this concept when Neo meets the central interface of Machine City, known as The Deus Ex Machina.

So there are five examples of deus ex machina in film. Let me know what you think of these examples in the comments below and also feel free to share any examples you can think of that I didn’t mention. Have a good day!