*warning, I’m discussing the endings of multiple films so I suppose I should include a spoiler warning

You’ve seen it before: after a long and arduous battle, the bad guy (or group of bad guys) is defeated/killed and the surviving heroes all breathe a sigh of relief as they prepare to return to their mostly normal lives. But wait…what’s that noise? Oh no one of the bad guys isn’t dead and here he comes again!! That, in a nutshell, is the essence of a false ending in film. For a few minutes it seems like the story is wrapping up but it’s actually the prelude to another fight (or in some cases another full act of the story).

False endings are extremely common in horror films and are usually employed to lure the audience into a false sense of security (believing the danger is passed) before using a final jump scare that often takes the last surviving character. In non-horror examples, false endings are usually employed as an excuse to stretch out the ending of a film, either for dramatic or comedic reasons. There are far too many examples for an exhaustive list, but I will do my best to list some of the most notable examples from film history:

The Ten Commandments (1956): There’s a scene towards the end of the film when Rameses returns after his army is destroyed in the Red Sea. He vowed to kill his wife when he returned but when she points out that he failed to kill Moses, he flings the sword down and slumps onto his throne, his only explanation being “His god…IS God.” The way this scene ends, it could almost be viewed as the end of the film, as Moses and his people have safely crossed the Red Sea and Rameses has been thoroughly chastised for his hubris. But then the scene shifts back to the desert and the final act of the film truly begins. 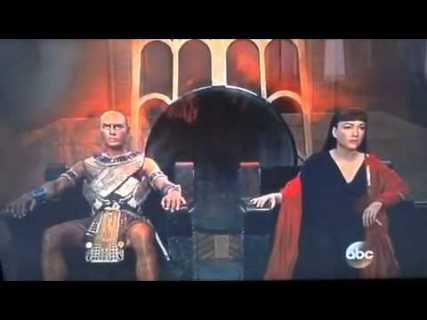 Alien (1979): This is probably one of the more famous examples. Ripley (Sigourney Weaver) has destroyed the Nostromo, escaping with her cat into a small shuttle. The danger seemingly passed, she prepares to put herself back into stasis to await rescue when OMG the Alien’s hand shoots out from a wall revealing it had stowed away on the escape ship. This leads to a final battle where a terrified Ripley must blow the Alien into space.

Aliens (1986): An equally notable example: the colony on LV-426 was blasted into oblivion with only Bishop, Hicks, Newt and Ripley escaping alive. They make it back to the Sulacco and prepare to get medical help for Hicks before setting a course for home when suddenly…Bishop is impaled from behind, revealing the fearsome Alien Queen stowed away and she’s madder than ever! 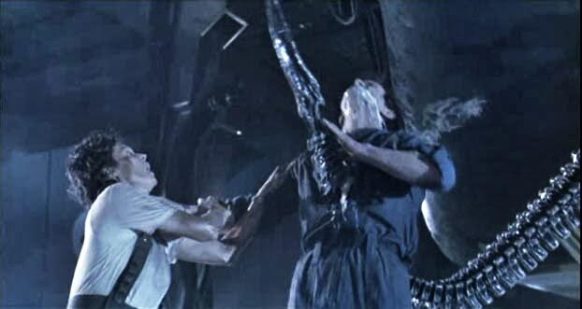 The Lord of the Rings: The Return of the King (2003): As anyone who has seen this film knows, the end of this film has multiple false endings, with it seemingly taking forever to reach the true ending of Frodo sailing away into the West while Sam returns home to his family.

The Descent (2005): This is possibly one of the cruelest false endings ever made. Sarah barely manages to escape the cave with her life and speeds away in her car. Suddenly she sees Juno, one of her dead companions sitting in the passenger seat which causes Sarah to snap awake and realize…it was all a dream, she’s still in the cave and the monsters are closing in.

John Wick (2014): A notable recent example comes in the first John Wick film. After fulfilling his mission and killing Iosef in revenge for killing his dog, the weary assassin prepares to return home. He’s even given a new car as ‘compensation’ for everything. All seems to be well…until Viggo learns that Marcus could’ve killed Wick several times before this and chose not too. When he informs Wick that he’s going after Marcus, the film shifts back into action and we get almost a full act of action and violence before finally reaching the true ending (Wick saves a dog from being put down and limps for home).

Atomic Blonde (2017): It could be argued that the ending sequence of this movie contains several false endings. For a few minutes it seems like the film is going to end with the revelation that Lorraine was Satchel all the time only to shift into an attempted assassination by her Russian handlers (which she escapes), leading to the shock revelation that Lorraine is actually American CIA (and there’s no way of knowing if that’s the actual truth but it’s where the film ends).

What do you think of these false endings? Are there any examples you can think of that I didn’t list? Please let me know your thoughts in the comments below and have a great day!