This weekend I got to see the third and final Sailor Moon movie, Sailor Moon Super S along with the animated short “Ami’s First Love.” This…slightly strange short follows Ami/Sailor Mercury as she studies for her high school entrance examinations. Ami becomes obsessed when another student (known only as “Mercurius”) consistently earns the same score as her. It’s mostly cute, but it turns weird when a spirit decides to possess Ami and she thinks the spirit is Mercurius. Still, it’s cool to see a new Sailor Moon short.

Sailor Moon Super S focuses slightly more on Chibi-usa than the other two films. The relationship between Chibi-usa and Usage has always intrigued me; Chibi-usa is Usagi’s daughter from the distant future yet they behave more like siblings when they’re together (I know Usagi is only a teenager right now, but if I knew I was with my future daughter I’m pretty sure it would affect my behavior). At any rate…the plot of Super S reveals that children all over the world are disappearing. In fact they’re being lured away by flute-playing fairies onto large airships that bear them away to parts unknown. Meanwhile, Chibi-usa meets a strange boy named Pearl (who is also a fairy) and the two bond.

When the mysterious fairies come to Tokyo, Chibi-usa is one of the children lured away, drawing the attention of Usagi and the other sailor guardians. A fight ensues, but Chibi-usa is forcibly taken away and the rest of the story is devoted to rescuing her from Marzipan Castle (where the other children have been taken).

I enjoyed this film, but not quite as much as the first two. I’m not sure if it was because of the candy-themed villains or something else, but I couldn’t get into the story as much (though it’s always fun to watch the guardians transform and do their attacks). There’s still plenty of humor to be found, including a moment where Sailor Moon and Sailor Chibi Moon both awkwardly fall to Earth after the magic of the Legendary Silver Crystal wears off. I’d also like to think that Pearl and Chibi-usa meet again in the future (they’re clearly quite taken with each other).

And those are my thoughts on Sailor Moon Super S. What did you think of this film? Let me know your thoughts in the comments below and have a great evening!

My thoughts on: Sailor Moon S

On Saturday night I got to do something I never thought I’d get to do: see a Sailor Moon film in the theater!!!! Just last month, a brand new English dub of Sailor Moon R: The Movie was released for the very first time in North America. It was a LONG time coming (considering the film premiered in Japan in 1993) but for me, it was worth the wait.

The film is set after the initial adventures of Usagi and her friends (after we meet Chibiusa, but as far as I can tell, BEFORE we meet Uranus, Neptune and Pluto. At the very least, they don’t show up in the story). Usagi, Mamoru (her boyfriend), and the other Sailor Senshi are spending the day at the botanical garden when a strange man named Fiore arrives. He appears to know Mamoru, and says that he has come to fulfill a promise he made to bring him flowers. 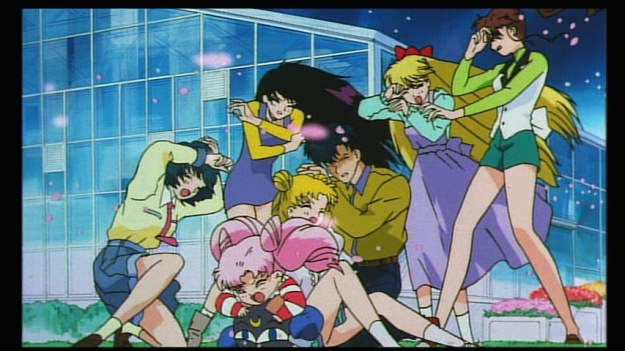 Fiore has a pretty intense entrance at the garden

It takes some time, but Mamoru eventually remembers that Fiore was a strange boy who showed up at the hospital shortly after his parents were killed in a car accident. They became friends very quickly, but Fiore was actually an alien being who couldn’t survive in Earth’s atmosphere for very long, so he had to leave. But before he left, he promised Mamoru that he would return with flowers for him (as Mamoru gave him a rose just before he left). 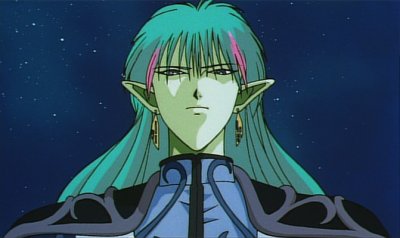 But (naturally) something is wrong: the flower Fiore has found is a Xenian flower, one of the most dangerous plants in the universe!! The bottom looks like a normal plant, but the middle of the bloom has the upper body of a woman!! The flower is dangerous because it latches onto weak-minded hosts (preferably humans) and feed off their energy, turning any fears into implacable paranoia and hatred. Wherever a Xenian flower goes, civilization inevitably collapses, with the destruction of the planet following shortly thereafter. Fiore is now firmly controlled by the Xenian, and is bringing an enormous asteroid containing THOUSANDS of Xenians towards Earth: if they successfully arrive, the human race will be annihilated, no matter what Sailor Moon or her allies tried.

To complicate matters, in an early battle, Mamoru (fighting as Tuxedo Mask) is critically wounded when he dives in front of Sailor Moon to save her from a killing blow launched by Fiore. The alien takes Mamoru back to the asteroid to heal him, and after deducing its location, the Sailor Senshi teleport there in pursuit. 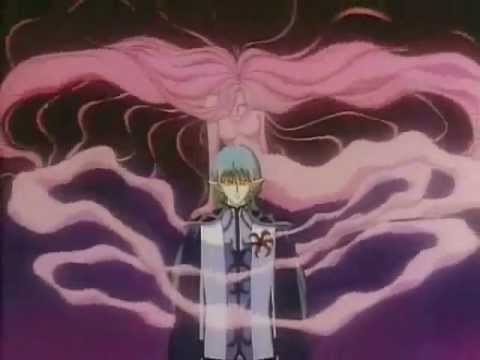 Fiore under control of the Xenian

Fiore, under the Xenian’s influence, cannot see why the Sailor Senshi are fighting so hard, as he believes (falsely) that they do not care about Mamoru, or anyone else for that matter. He spent so much of his life alone, that he believes no one can understand his loneliness, or why he needs a friend so badly. But a series of flashbacks reveal that the Sailor Senshi know exactly how Fiore feels, because they’ve all gone through it themselves. And the reason they fight so hard now is because Sailor Moon is the glue that holds them all together.

But despite this outpouring of love, Fiore won’t give up. Goaded on by the Xenian, he alters the asteroid’s course so that it will hit the Earth!! Assuming the planet isn’t completely destroyed in the process, the Xenian will take over whatever is left. Sailor Moon cannot allow this to happen, and she only has one course of action left: she activates the full power of the Silver Crystal (despite her friends begging her not to). 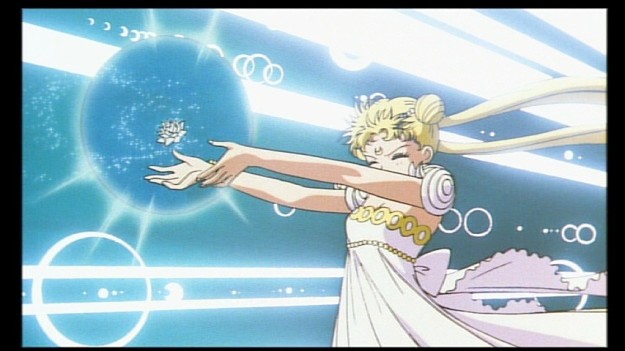 Sailor Moon transforms into Princess Serenity and unleashes the Silver Crystal, which begins to break down the asteroid as it enters the atmosphere. Mamoru and the others lend their support, and it works….but the Crystal shatters as a result, and Sailor Moon is dead…or IS she? Just before he leaves, now free of the Xenian’s control (the Silver Crystal annihilated it), Fiore gives Mamoru the flower he promised: it holds the power of life inside it. This is used to revive Sailor Moon as Fiore flies back into space.

For the whole movie, I was sitting in my seat wide-eyed like a little kid. Sailor Moon is the very first anime I was ever exposed to, and so it has always held a special place in my heart. Sailor Moon R: The Movie is a great story, there are so many flashback clips that, even if you haven’t seen any of the regular episodes, I don’t think you would be lost if you just jumped into this film. The only part that bugs me is the ending: where is Fiore going? Will we ever see him again? It just feels so abrupt, that I wish the ending played out a little differently.

I can’t praise the new English dub enough, everyone captured their characters perfectly. And I totally geeked out for the transformation sequences (those were my favorite parts when I was a kid).

If this film is playing near you, I highly recommend going to see it. It’s playing for a very limited engagement (it only played two nights where I live) and I’m not sure how long it will last. Hopefully this means we’ll see the other Sailor Moon films (S and Super S) in theaters too someday 🙂