Occasionally, while putting a film together, the director might wish for the composer to emulate a specific style of music. To that end, a temp track will be assembled to go with the rough cut of the film, to give the composer an idea of what the director wants.

A temp track is essentially a temporary soundtrack, someone in the technical department has found sound recordings that match the style the director wants and they’ve paired it up with the film. To give a few examples, part of the soundtrack from Ben-Hur (1959) was used as a temp track for Star Wars (1977), excerpts from a Howard Shore piece were used for Gangs of New York (2002) and, most (in)famously, 2001: A Space Odyssey used a temp track assembled from Strauss waltzes, Also Sprach Zarathustra by Richard Strauss and Atmospheres by Ligeti.

2001: A Space Odyssey is so notable because director Stanley Kubrick actually REJECTED the score composer Alex North had created in favor of the temp track! Think about it, many of the scenes in that film are iconic because of the selections of classical music, but we (the audience) were never meant to hear it like that! 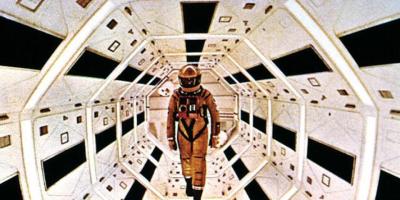 Interesting to consider what might have been…
Become a Patron of the blog at patreon.com/musicgamer460
Check out the YouTube channel (and consider hitting the subscribe button)