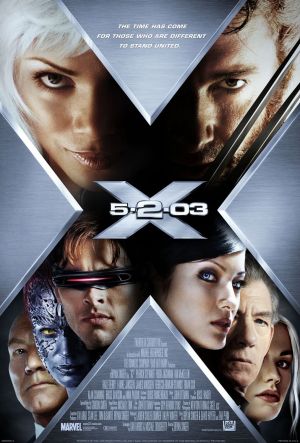 After the success of X-Men (2000), 20th Century Fox immediately gave the green-light to a sequel. X-2 (also known as X2: X-Men United) was released in 2003 and focused on the growing war between Professor Xavier (Patrick Stewart) and his X-Men, their enemies, led by Magneto (Ian McKellen), and their mutual enemy William Stryker (Brian Cox), who is seeking to destroy all mutants on Earth.

The score for this film was composed by John Ottman, a composer who frequently collaborates with director Bryan Singer (not always successfully, one such collaboration was Superman Returns (2006)). Of the X-Men films that I have seen, X2 is generally my favorite. I admit that Ottman’s work isn’t among my favorites, but he did an admirable job here.

*poster image is the property of 20th Century Fox