I have watched a lot of movies, but few have bent my brain more than Inception (2010), a film set in a world where it is possible to enter the subconscious and “extract” information. Cobb, a “dream thief”, is tasked by a wealthy businessman named Saito to perform “inception” on the son of a rival, which is planting an idea in the subconscious mind, and it is supposed to be an impossible task.

The stakes for Cobb are pretty high: he’s been on the run for years after being framed for the murder of his wife (she actually committed suicide believing she was still in the dream world), and if he succeeds, Saito will make the charges go away so he can return home to his two children. But…in a world where we enter dreams within dreams within dreams, how do we know any of this is even real to begin with? (That question is never really answered by the way, we’re meant to make our own conclusions). 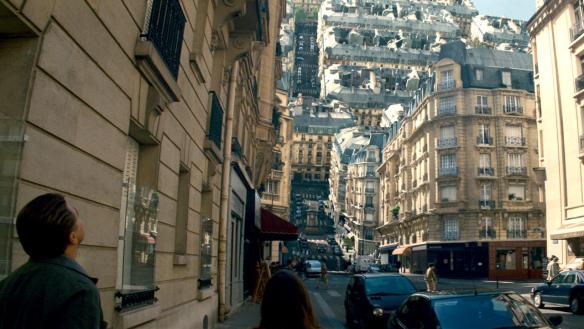 The visuals in this film are like nothing you’ve ever seen before: the scene where Ariadne and Cobb visit the dream world and bend the landscape around them is spectacular beyond words. Even if you’re paying attention to which level of consciousness the characters are on, it’s very easy to get lost and wonder “what is actually real here?” This is especially true when the film gets into the question of what really happened to Cobb’s wife (and why apparitions of her keep appearing in Cobb’s mind). 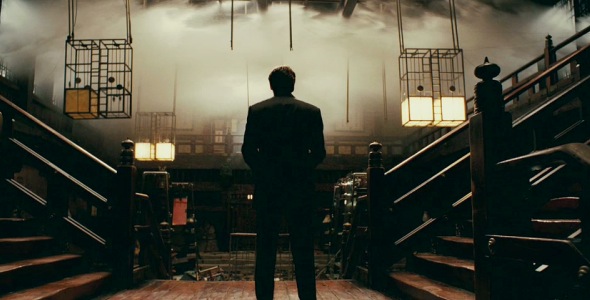 The score for this reality-bending film was composed by the legendary Hans Zimmer, who returned to collaborate again with director Christopher Nolan on this project (Inception marked their third collaboration together). This brief “making of” video shows how Nolan and Zimmer brought this score into existence. Zimmer described the music of Inception as “a very electronic, dense score, filled with nostalgia and sadness.” What I love best about the score is how it changes as the characters move deeper and deeper into the “dream within a dream.” The deeper they go, the more “unreal” the music becomes; this all reaches a head when Cobb and Ariadne are in Limbo (the bottom level) while the other members of his group are moving through three separate dream levels above them.