Ben Affleck stars as a programming engineer who undergoes a voluntary memory wipe to protect his client’s secrets—but upon going to collect his paycheck, he is given an envelope of seemingly random trinkets and items. He must use these clues to unearth the terrible secrets of his own project.

By 2003, John Powell had already scored The Bourne Identity and had his finger on the pulse of the modern action-thriller score. Paycheck blends synth and pop-rhythms with orchestral scope and, most importantly, Powell’s impeccable sense of taste. Despite almost non-stop action and suspense, he focuses on emotion and utilizes melody to elevate the proceedings.

“I’ve always wanted to do a ballet, so I had been fascinated by choreographers and dance for quite some time. I utilized that conversation with John [Woo] as an inspiration to create the drama of a danced story,” says John Powell.

He explains, “This album has everything on it. It gives me a slight panic attack looking at how much music there is on this album. It all sounds very good to me and at the same time like utter nonsense. I’ve always tried to be better at harmony. A lot of composers I admire have this incredible sense of harmonic flow and flexibility. When I achieve that on occasion, it makes me happy.”

Paycheck was released by Varèse Sarabande at the time of the film. This 2-CD set Deluxe Edition greatly expands the playing time to over 95 minutes, and features new liner notes by Daniel Schweiger, incorporating new interview comments with Powell.

You can check out (and purchase) the deluxe edition soundtrack for Paycheck now!

At the tail end of Disney’s short-lived attempt to produce a new Star Wars film every single year (a feat that I predicted wouldn’t last long), came Solo: A Star Wars Story, the second (and so far final) anthology film set in the Star Wars universe. As the title implies, the film gives us the backstory of Han Solo and gives us an idea of how he met up with Chewbacca, acquired the Millennium Falcon, and so on.

Given that Solo came on the heels of The Last Jedi, it surprised few people when this film didn’t do so well at the box office. Which is a shame, given that Solo has a particularly good score. John Powell did the honors, while John Williams helped by putting together the film’s main theme.

I’ll agree that Solo isn’t the best entry in the Star Wars universe as a whole, but that doesn’t mean its fabulous score should be neglected. John Powell really did the score justice, and proved that it is possible to have a good Star Wars score that wasn’t composed by John Williams (something we’ll have to get used to now that he’s retired from composing for Star Wars films).

To gain some insight into how the score for Solo: A Star Wars Story was put together, please enjoy this full-length interview that was conducted with John Powell last year. I found the interview to be full of great insights and i hope you enjoy it.

Let me know what you think of the interview in the comments below and have a great day!

It seems like the Oscars were only a short time ago but believe it or not it’s already time to start looking at contenders for next year. As always, the award that means the most to me is the Oscar for Best Original Score and while there’s still several months left in 2018 there are already several front-runners emerging.

The first front-runner I have to talk about is Solo: A Star Wars Story. I know it doesn’t seem like a viable candidate but hear me out. First of all, the score was composed by John Powell, an accomplished composer perhaps best known for creating the Oscar-nominated score for How To Train Your Dragon (2011). Not only that, the main theme of Solo was composed by the legendary John Williams who has been nominated for an Oscar 51 times. While the film undoubtedly has problems, the score is not one of them and I would not be surprised if it received a nomination. 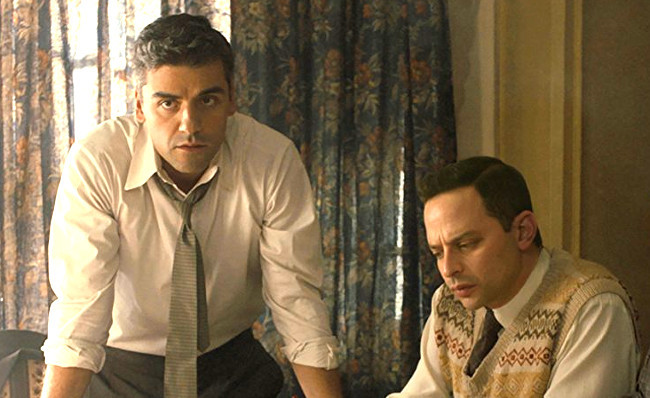 Another composer sure to get a nomination is Alexandre Desplat, the composer of Operation Finale, a Munich-esque film that recounts the hunt for Nazi war criminal Adolf Eichmann. And if that doesn’t garner an Oscar nod, his work on Wes Anderson’s Isle of Dogs just might. Desplat has collaborated several times with Anderson and two previous films, Fantastic Mr. Fox and The Grand Budapest Hotel both earned nominations for the composer.

However the odds-on favorite to win the Oscar, according to SportsBettingDime is Marco Beltrami for his work on The Quiet Place. As the plot of the film requires the main characters to evade vicious aliens by remaining completely silent, the music needs to do a lot of the storytelling. Beltrami’s score is a large part of why The Quiet Place was so successful.

Following the success of the original How to Train Your Dragon (2010), a sequel was released in 2014 to general praise. Five years after the village of Berk made peace with dragons, they live together in harmony and Hiccup is still riding Toothless and exploring new lands.

But there’s an enemy on the horizon: the mad warlord Drago Bludvist is on the move with an enormous dragon army. He seeks to conquer the world with his dragons and it’ll be up to Hiccup and his friends to stop him.

Composer John Powell returned to compose the music for this film (having scored the original film and earning an Academy Award nomination in the process). The interview that I have found features the composer speaking in-depth about his score for the film, how he created the various themes and what his creative process was. John Powell is familiar with scoring animated films, having previously worked on such films as Robots, Rio, Happy Feet, Antz and three of the Ice Age sequels (to name a few).

This is another film series that I haven’t seen due to a lack of free time, but I’ve heard good things about it, so if you haven’t seen it, I recommend it to you. A third film, How to Train Your Dragon 3 is due out in 2018. Enjoy Powell’s talk about How to Train your Dragon 2!

*poster image is the property of 20th Century Fox